Every Wednesday in December, Halloween Haiku will present the fabulous art of the very best artists from around the world, some well-known, some unknown, but all of them are amazingly talented.

For our last Wicked Art Wednesday of the holidays, we celebrate the extraordinary art of John Pelico, author, illustrator, and creator of KillerPumpkins. With a signature style that is known throughout the industry, John Pelico’s colorful and creative world of KillerPumpkins showcases his love for Halloween and all things cute and spooky. 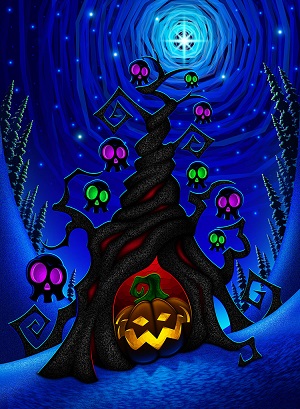