Last weekend, I had the opportunity to attend the Festival Obscura, a craft beer benefit for California’s oldest cemetery, Sunnyside Cemetery in Long Beach. This amazing sold-out event featured beer, cider, wine, arts and crafts, historians, live music, a killer silent auction, and all the charm that a 108-year old struggling cemetery could muster in the middle of summer.

Two decades after the former owner was convicted of embezzling over $500,000 from the cemetery’s million-dollar endowment fund, and with no more room to sell future plots, Sunnyside faces a bleak future. Sunnyside is now run by a non-profit board consisting of two employees, family members with loved ones who reside at the cemetery and a dedicated group of volunteer friends. The group has been forced to get creative to raise money for care and grounds upkeep. Aside from the modest funds left over from the endowment and the occasional film shoot, event fundraisers are held throughout the year to help keep Sunnyside afloat. 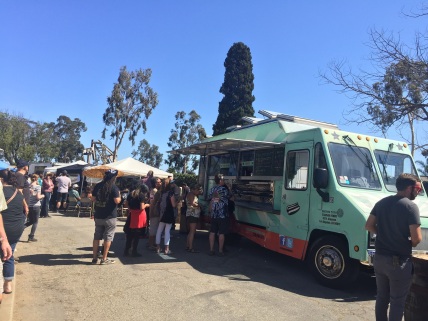 Festival Obscura founders Martin Svab, Co-Owner and Founder of Phantom Carriage Brewery, and Ryan Hughes, Director of Sales for Phantom Carriage helped bring in over 40 of the best of SoCal breweries and wineries. There were unlimited drink pours and event organizers smartly chose to hand out free 4oz commemorative glass to all wristband holders at the end of the event, to ensure no broken glass found their way onto the grounds. Essentia and Hops H20 provided free water to ensure everyone stayed hydrated. Live music provided by The Hollow Legs and Pompous. There were some fabulous art and horror wares available for sale. Friends of Sunnyside and historians set up booths where you could get more information on the cemetery, and I even heard they had a couple of morticians on hand. 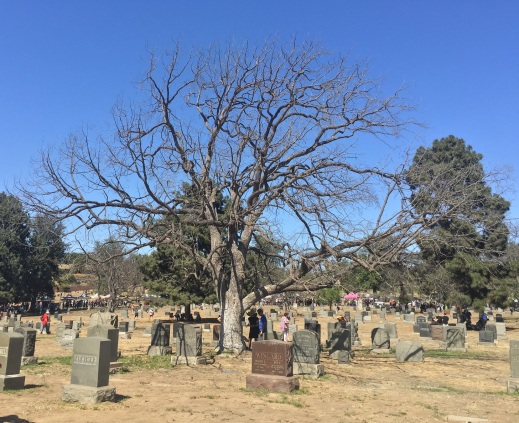 While waiting in long lines for food and the bathroom, people chatted away, shared sunscreen and made new friends. We all reached the same conclusion, craft beer representation was phenomenal, but more food trucks and porta-potties were needed. Ten Mile Brewing graciously allowed festival patrons to use their facilities, located right across the street. People had limited choices in food. I opted for pizza from Duemani Pizza, which was baked fresh and delicious.  I heard they ran out pizza moments after placing my order. Despite those few hiccups, the event was perfectly organized and seemed to be running smoothly. 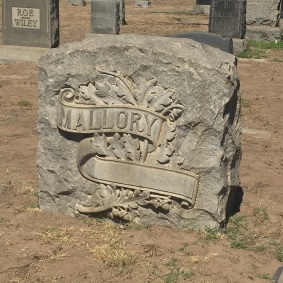 I’ve been to plenty of horror conventions and beer festivals, and this was a delightful marriage between the two industries coming together for a great cause. It’s such a shame to hear of Sunnyside’s woes since the somber little cemetery is steeped in such great history. You can learn so much about Long Beach’s earliest residents just by strolling among the grave markers. Ironically, the lack of proper irrigation has given rise to some spooky looking trees, hovering over those aging marble headstones.  It made for some pretty spectacular shadowy views. 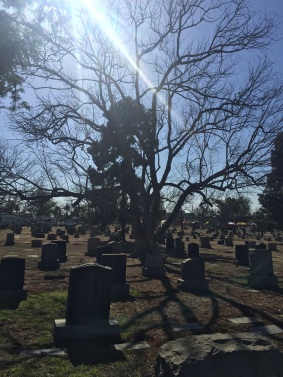 All in all, craft beer and tombstones are a winning combination and I hope Festival Obscura will be back next year.

Happy World Goth Day!🦇🖤🦇🖤🦇🖤🦇🖤🦇🖤🦇🖤🦇🖤🦇🖤🦇🖤🦇
I found this in the back of my fridge. I bought last October. It' still fizzy. Tastes like cream soda. Nice for a lazy Sunday afternoon.
Happy Friday!
I hope you all had a chance to see the blood moon yesterday. Tonight's full moon is actually called a Flower moon because flowers bloom in North America at this time of year.
New haiku is up!
Tonight's lunar eclipse.🌔